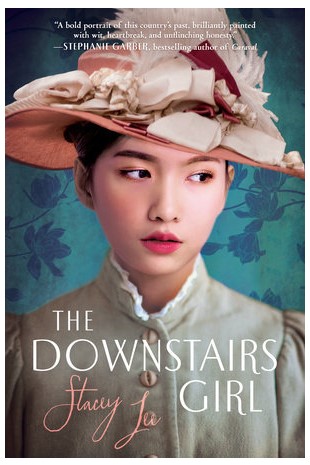 After borrowing the ebook three times from my library and never even getting a chance to open it before it auto-returned, I actually SCHEDULED a time to get it, open it, and read it. I was NOT sorry I did! This book is delightful. At times intriguing and uplifting, at other times heart-wrenching and soul-burning, it’s a very clear portrayal of something we often don’t learn about: Reconstruction-era life for lots of people, especially marginalized communities.

Jo Kuan is equal parts brilliantly intelligent and lovably endearing. You just want her to win, she’s so well depicted. Her plotting and her opinionated nature could easily be the end of her, though she still manages to rise to the top.

The historical portrayal in this novel was gripping, too. The plight of freed slaves in the South, Chinese laborers who’d been brought in to “replace” slaves, women who were still expected to marry well even if they didn’t wish to marry at all, even the women who fought for (and against each other’s) voting rights were amazingly done.

From the book description:

By day, seventeen-year-old Jo Kuan works as a lady’s maid for the cruel daughter of one of the wealthiest men in Atlanta. But by night, Jo moonlights as the pseudonymous author of a newspaper advice column for the genteel Southern lady, “Dear Miss Sweetie.” When her column becomes wildly popular, she uses the power of the pen to address some of society’s ills, but she’s not prepared for the backlash that follows when her column challenges fixed ideas about race and gender.

While her opponents clamor to uncover the secret identity of Miss Sweetie, a mysterious letter sets Jo off on a search for her own past and the parents who abandoned her as a baby. But when her efforts put her in the crosshairs of Atlanta’s most notorious criminal, Jo must decide whether she, a girl used to living in the shadows, is ready to step into the light.