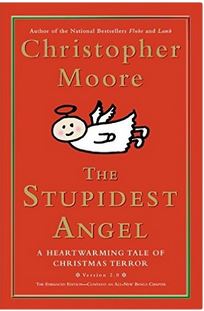 First, for the uninitiated, I have to explain Jolabokaflod. It’s (supposedly) an Icelandic holiday tradition that translates into “holiday flood of books.” In Iceland, you unwrap a book and curl up to read and enjoy some chocolate on Christmas Eve. It sounds absolutely heavenly, and god help anyone who tells me it’s not a real thing because yes it is.

I know it’s a real thing because I’ve been celebrating for a few years. Early each December, I send out the call to my Facebook friends, inviting them to participate in a book swap. I got a book this year that I haven’t gotten to read yet (review coming, I swear), because I went to read it and instead decided to open this book. They were both gifted by the same extraordinary author, Delena Silverfox, whose book Duchess of War is so super cool that I hope you get it long before Jolabokaflod 2017.

Anyway, you’ve probably noticed that this review is a lot less professional-sounding than other reviews on this site, and I promise that’s on purpose. The Stupidest Angel is fun and shocking and a whirlwind of wtf moments, all centered around one little town’s Christmas festivities and the weird man who arrives looking for a child.

I can’t actually tell you much more than that because, honestly, where the heck would I begin? With one of the richest men in town hitting his ex-wife with a ten-pound bag of ice from the grocery store? With the ex-wife getting into a tussle with him later while he happens to be wearing a Santa suit, only to have the struggle turn physical and he ends up tripping and impaling himself on her shovel? Or maybe I could start with the poor little kid who happened to witness Santa’s profanity-laced rant and violence towards women, only to end up dead? Oh, don’t forget the horny newcomer in town who offers to help bury Santa so he and the unwitting would-be KringleKiller could hurry up and go grab a bite to eat?

See? Where do I even start, except by telling you to get your own copy today. It’s actually the perfect AFTER-Christmas read since it’s dark and hilarious, and since you missed Jolabokaflod by almost a week.

Read a free preview of the angel book here…